Before coming a family mediator, Stuart Hanson, worked as an immigration advisor. In this article, he explains how his knowledge of the UK immigration system now benefits his work in the mediation room when working with international families.

“I became registered with the Office of the Immigration Services Commissioner (OISC) over ten years ago. I was first introduced to the work via a friend who was a case worker in a member of parliament’s constituency office. The cases that came into the office always had a link to family life – a new baby, a divorce, a family visit, and this interested me. These changes often put pressure on family relationships. In certain circumstances, the immigration status of one person involved would be a matter of concern, especially in divorcing couple, where one person was a British national and the other was a foreign national and they had a child together.

Understanding the pressures on international families

The scenario described above is very common and such cases often come to family court to be dealt with by a District Judge as a result of the international aspect. Commonly, the foreign national has been stopped from seeing his or her child and the British spouse has then told the Home Office that their relationship has broken down. As a result of this, the Home Office ask the foreign national to leave the UK and return to his or her home country. This is a huge amount of stress for the foreign national, as he or she is facing the relationship breakup, not seeing their child and also being given notice to leave the UK.

Having worked in immigration, I understand these issues and therefore can give information about the changes that need to be made and the processes to be followed. In a time of acute emotional stress, it is important to keep lines of communication open and to come up with a plan with which everyone can work and most importantly for a stable family life for the child or children concerned. Family mediation can achieve this.”

If you would like to have an appointment with Stuart to discuss your case, please get in touch.

Mediation Information & Assessment Meeting (MIAM) 2019 Guide [FREE] Introduction You are probably reading this either because you are starting the mediation process between you and your ex-partner and will be attending your MIAM, or because your ex-partner has... 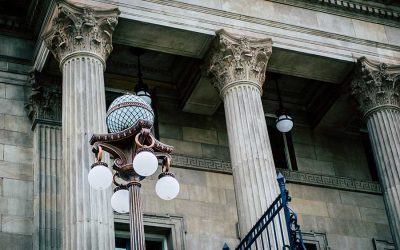 Form C100 for Child Arrangements [FREE 2019 Step-By-Step Guide] Welcome I am an accredited family mediator and was a magistrate in the family courts for a number of years. My family has also been through the family courts and it was a very stressful and difficult...

Call: 0113 468 9593When to have a child consultation? As parents you should think about having a Child Consultation with a specially trained mediator if you feel that your child or children have: become distracted at school start to show signs of anxiety have become...